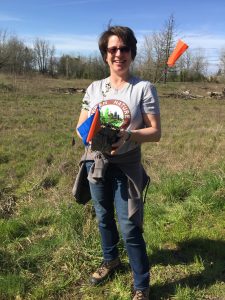 Kristin served as a ranger and peer leader in interpretation and education in the National Park Service for 15 years, and finished a Master’s degree in education at Portland State in 2012. After many years of living in rural areas around the Pacific Northwest, she fell in love with Portland’s wildland-urban interface. Her work coordinating after school programming at a SUN School and leading a Teen Naturalist Team for Portland Parks and Rec got her thinking about how to better connect youth from underserved neighborhoods with our amazing urban greenspaces, and she began efforts to found UNP-PDX in fall 2013.

Kristin’s experiences serving as a Peace Corps volunteer in Mali, mentoring and instructing students at Portland State and Saturday Academy, and serving on the Board of the Association of National Park Rangers have all informed her passion for connecting social justice and environmental issues. She spends her spare time kayaking, hiking, and playing in the snow in and around Portland; engaging in additional social justice advocacy work; cooking up a feast from her garden plot; running wild with her revolutionary pup Che; and riding her Honda Shadow on the windy roads out of town. 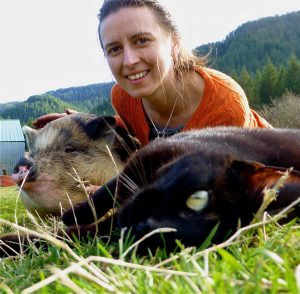 From an early age, Kasia spent her days  both exploring  Koszalin, the city of her birth, and jumping in mud puddles at her grandparents farm in the Polish countryside. Embracing the intersection of urban life and the natural world continued to be a theme in her life when her family immigrated to the United States, and has informed her pursuit of work that nurtures the connection between humans and nature.

Kasia finished  her BA in Human Services & Human Development at Prescott College in 2016, and is a registered horticultural therapist. She has worked with a variety of local organizations in creating programs that bring people to nature, and nature to the individuals who experience  barriers to the outdoors. In her spare time, Kasia revels in the company of the furry and feathered friends, and forages wild plants and mushrooms. Kasia serves in 3 roles for UNP-PDX: as the group outing planning assistant for our Big Brothers Big Sisters partnership since 2016, as a mentor to Xochi since 2017, and helping support other mentors as a part of the Advisory Committee. 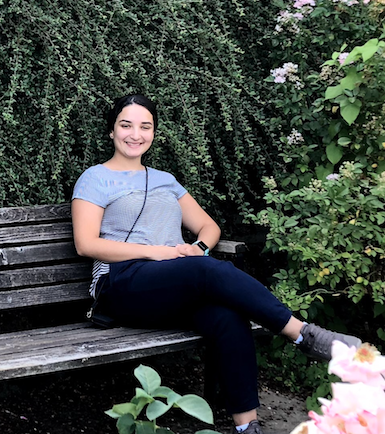 Immigrating from Colombia as a child made Nathalia, alongside her spouse Dan, the perfect match for Dylan and Julian, brothers from an immigrant family they were matched with in 2018. During her high school years, Nathalia had a smart and supportive mentor that guided her through many different experiences, like the college application process and personal friendships. Because of this positive and powerful relationship, Nathalia knew she always wanted to pay it forward and be a mentor.

Growing up near the 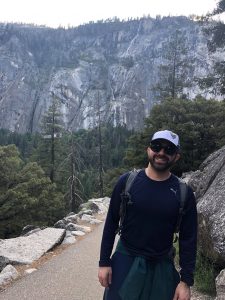 Adirondack Mountains in upstate New York, Dan always enjoyed spending time outdoors. As a relatively newcomer to the Portland area, Dan is constantly exploring new nature places. When he’s not training for running a marathon, you can usually find him hiking, kayaking, or taking photos of nature. Working with Urban Nature Partners PDX has been a great way for Dan to connect with Dylan and Julian and other UNP youth, and also as a way to check out various nature areas in and around Portland! 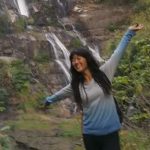 Whitney Handrich joined the UNP fundraising team in early 2018. She grew up in the Midwest volunteering at a wildlife rehabilitation center, and she with organizations in Chicago and Boston that provided programs and services to low-income and homeless youth and families while in college. While living abroad for several years, Whitney worked as an English teacher and volunteered in earthquake disaster recovery, animal shelters, and environmental conservation. Whitney is also a yoga teacher, including for foster kids and families, and is training to become a massage therapist. She is passionate about supporting underserved communities and hopes that together we can help develop the next generation of compassionate, mindful, and environmentally-conscious members of society.